Information from Board Game Geek

Add to wishlist
Negotiate the price 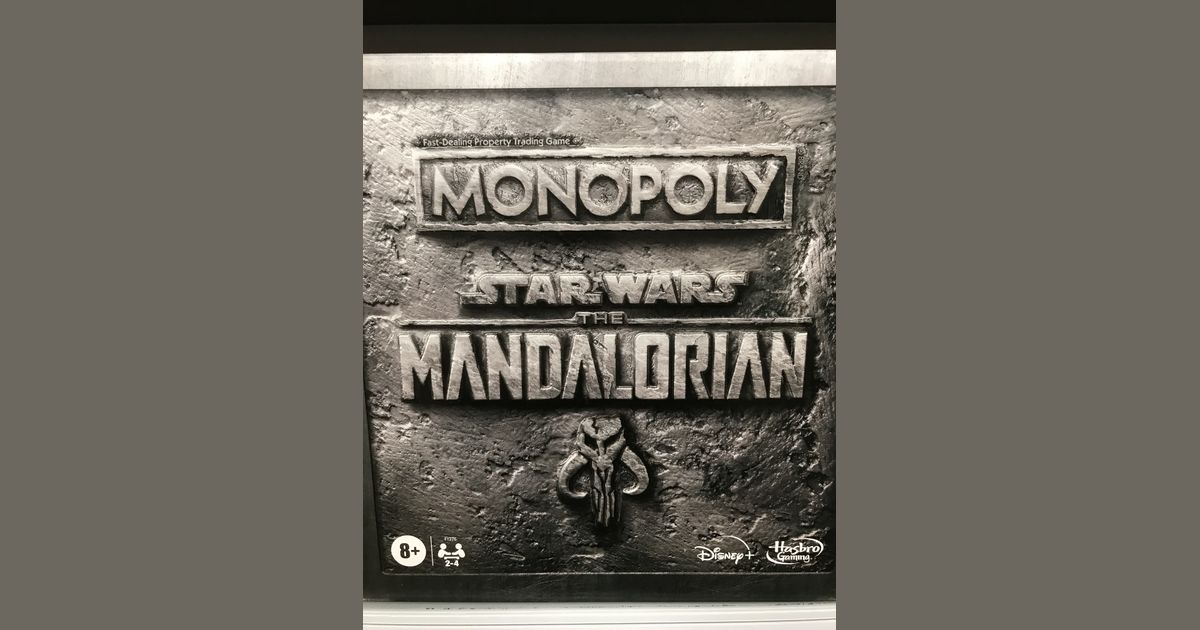 Monopoly: Star Wars The Mandalorian
Imagine traveling around a dangerous galaxy where Imperial enemies threaten the safety of The Child, the character fans call "Baby Yoda". In the Monopoly: Star Wars The Mandalorian edition board game, players can play as The Mandalorian, Cara Dune, IG-11, or Kuiil. Getting The Child token lets players enhance their character's special ability and use The Child's unique ability. Buy hideouts, win battles, and earn Imperial credits. The player with the most Imperial credits wins, but be vigilant! If an Imperial enemy gets The Child, the game's over for everyone!

There are no reviews yet.

Be the first to review “Monopoly: Star Wars The Mandalorian” Cancel reply

Lietuvių kalba
Free shipping from 69Eur!
When buying goods for 69Eur or more - free delivery in Lithuania via Omniva post offices!
Discounts for the next purchase!
For all purchases you get points that can be used for a discount on the next purchase!
Found cheaper? Negotiate!

Order goods with 10% discount!
If you have not found the desired product - let us know and we will order this product for you. If you will pay for the order immediately - you will receive a 10% discount from the standard price!
Until free shipping (only in Lithuania): €69.00